You are here: Home / Blog / Skomer Island – a remote escape from the city

Over the last decade, we have tried to visit Skomer Island on a number of occasions, our first attempt saw us arrive too late and the Puffins had recently left the Island. Our second attempt, which was a a planned overnight stay, was cancelled due to an enormous North Atlantic storm front crashing into the west coast of Wales; we did manage to spend a few hours on the Island before the boat departed and sought safe harbour elsewhere. On our third attempt, the weather was against us again and again the boat was cancelled due to a high winds; Murphy’s law came into effect and the winds died overnight and the sea was like a mill pond! By this point, we felt like we were never going to make it onto the island. Finally, we decided to try again – stubbornness being a character trait – and we managed to book for a two night stay. This blog post is a short tale of what we got up to, what you need to do if you go and any tips we might have!

Following the M4 West from London until it tails off and becomes a series of A roads and narrow country lanes, the change from the busy commuter belt of the south and the industrial area around Cardiff, to the quiet country side is gradual but welcome. Spending too long in the London Rat Race is a drag on the soul and the wide open expanse of the Welsh Countryside is a welcome remedy. After unloading our bags at the National Trust Car Park and leaving the car at West Hook Farm, we made our way down to the boat at Martins Haven. Skomer Island lies less than a mile of the west coast of Wales, but the crossing can be choppy due to the strong currents and tidal movements through Jack Sound. Luckily, both of our trips were uneventful. The boat docks – for want of a better description – at North Haven whereby the Captain plants the nose of the boat at the base of a set steps set in the cliff and guns the engine to keep it secure. Forming a chain with the other overnight guests, we unloaded the belongings from the boat and then reloaded the departing visitors belongings back on. Many wary eyes watched in case their bags took an early swim – a depressing thought if you watched your food float off, or your expensive camera gear disappear into the depths!

Thankfully, we didn’t have to lug your bags to the accommodation at the Old Farm as the volunteers load everything onto the tractor and transport it there for us. The accommodation is comfortably set within the refurbished farm buildings; it is basic and completely off grid with solar power, solar showers and composting toilets. Skomer is a windy island and we found it a comfort to return at the end of the day to find that we could warm up in front a log burner in the living area with a cup of hot chocolate and rum. There is accommodation for 16 people in a variety of rooms and once the final day visitor boat leaves, it only us, the other guests, the volunteers and many, many seabirds. The Old Farm is centrally located on the island at the intersection of numerous footpaths and is approximately a 30 minute walk from the coastal areas. Having planned to walk a complete loop of the island and see everything there is to see this was a useful location. To walk completely around Skomer is approximately a 4 mile walk and will take about 3 hours if you don’t get distracted by the views, or watch the birds. We were well exercised by the end of our stay as the island was hillier than expected. During our two night stay, which turned into a three night stay due to bad weather, we were able to visit most places more than once; the Puffins at The Wick during the day and at sunset are completely different experiences!

Now, you won’t be surprised to read that we were visiting to see the sea bird colonies (and get some good time away)! Skomer is home to around half the population of nesting Manx shearwaters, as well as guillemots, razorbills, great cormorants, black-legged kittiwakes, Atlantic puffins, common shags, oystercatchers, choughs and many, many, many gulls of differing varieties. The island is also home to a number of birds of prey including short-eared owls, the common kestrel, hen harrier, buzzards and peregrine falcons, all feeding on the birds or the Skomer Vole. Smaller birds are also present, such as the wheatear, wrens and sparrows. Finally, Grey Seals are present on the island. Skomer Island is an important national nature reserve, a Site of Special Scientific Interest and a Special Protection Area; it is surrounded by a marine nature reserve and is managed by the Wildlife Trust of South and West Wales.

Photographically, it’ll be like shooting fish in a barrel. Luckily, or unluckily if you were the guest coming to take our place, we had an extra day on the island due to bad weather. This bad weather turned out to be high winds, but a lot of sunshine, and allowed us a further day walking the island photographing to our hearts content!

A funny bird that doesn’t belong on land. Unfortunately, it can’t lay eggs at sea so they return to land each year to nest in the same burrow and raise their young. Due to their evolutionary reasons, a Manx Shearwater will only return to its burrow once the sun has gone down, and return to sea before sun up, or risk being eaten by circling predators. The island is littered with their remains as they can only stagger across the landscape in a body better suited to the sea, which makes them easy pickings for the Gulls. We’ll be honest, we didn’t enjoy going out to see them as it felt as though had stumbled into something voyeuristic that wasn’t meant to be seen, and it wasn’t pleasant to watch them stumble out of our way as we passed. We would recommend standing outside listening to their eerie call however.

Puffins are the main reason why people visit the islands. These funny little birds, dressed in their best dinner suit and fanciful beaks are a joy to observe. Their rituals of cleaning and digging out their burrows, stealing nesting materials from other burrowa, billing (rubbing/nibbling each others beaks) and their lumbering runs before take off all create a marvel to spectate. One of the United Kingdoms fastest flying birds and a bugger to track with a camera.

Slightly less prevalent on the main island, but can be observed perching on many rocky outcrops in densely packed colonies known as Loomeries, they can also be found down by the boat dock. Known for laying their eggs in precarious positions that look counterproductive, but specially shaped eggs mean they don’t unexpectedly roll away!

The monochromatic brother of a Puffin found throughout the island. Rather than dig a burrow, these intrepid birds balance their eggs on a cliff edges in the same way as the Guillemots so are found on cliff edges all over the island.

We’ll never forget stepping out from the Farm House after breakfast to see the Owl swoop down over the scrub land whilst hunting. Having grown up in and around London nearly all our lives Owls don’t often feature, other than when a barn own swooped out of a Radar dish we were climbing! The silence and grace of the Owl gliding and hunting over the bluebell fields was spectacular, and we were shocked at how well it blended into the surroundings once it was on the ground. To add a cherry to top, a female Hen Harrier swooped over in search of a morning meal at the same time!

Planning your visit to Skomer Island

You can visit Skomer two ways – turn up for a day trip, or join welsh wildlife and try to book to stay on the Island for a number of nights. Day trips are limited to 250 people, so if you turn up on the day, you need to arrive at the booking office at Martins Haven early to secure a spot. Be prepared to join a long, snaking queue up the hill as the island is very popular. We would advise staying locally in the area for a few nights as the probability of the boat being cancelled is also quite high.

If you plan to do an overnight stay, booking is normally open from the beginning of October for Welsh Wildlife members, and the middle of October for non-Members (dates available on their website). Spaces will get booked very quickly, so becoming a member is advisable as you get to jump the queue. We were lucky and managed to secure one of the last spots! We would highly recommended an Overnight stay as you get to see more puffins and their behaviour is markedly different in the evening once the crowd has departed.

The following links are useful for planning a trip:

A few things to note if you plan to stay: 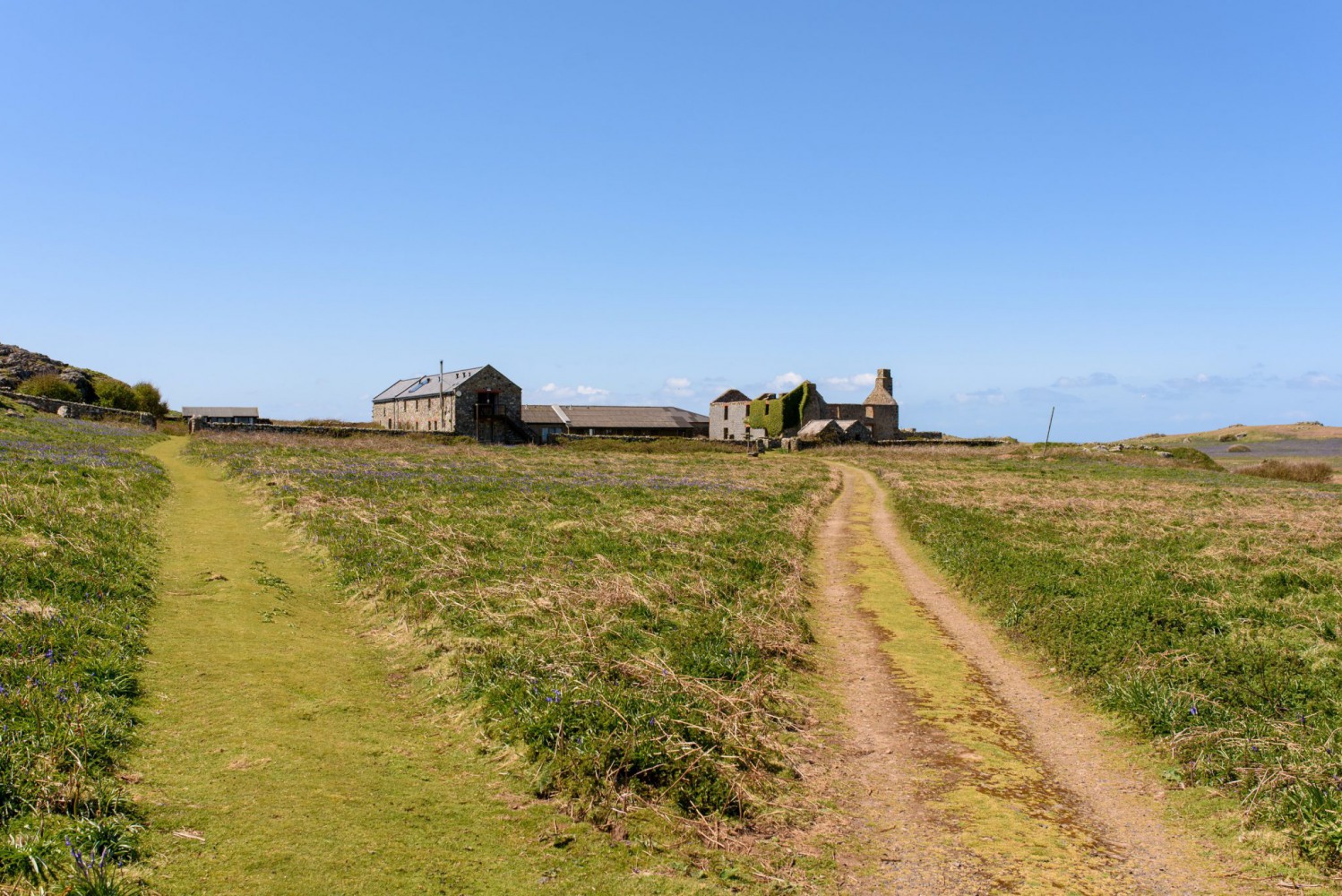 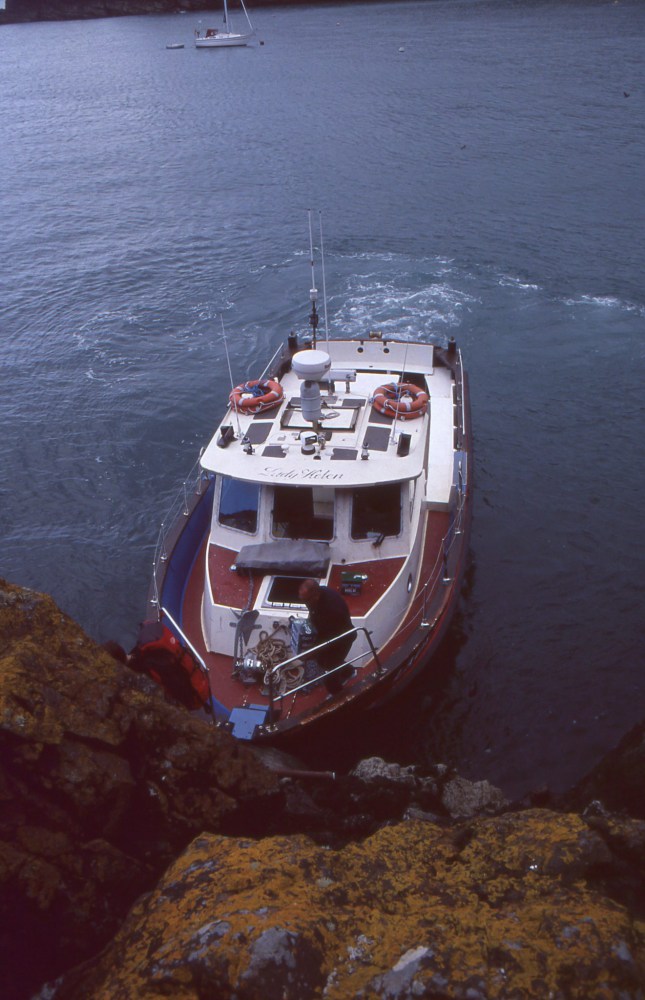 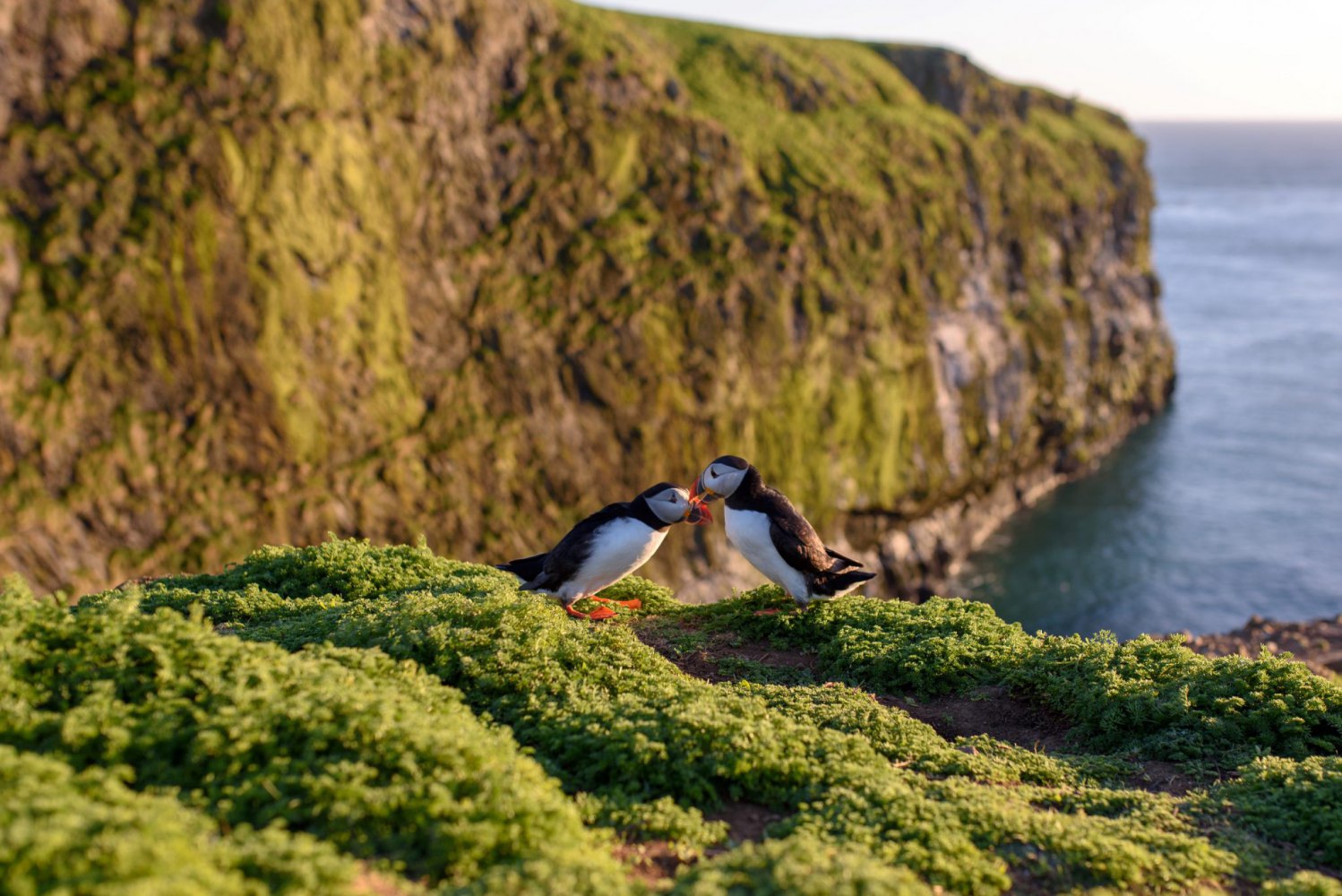 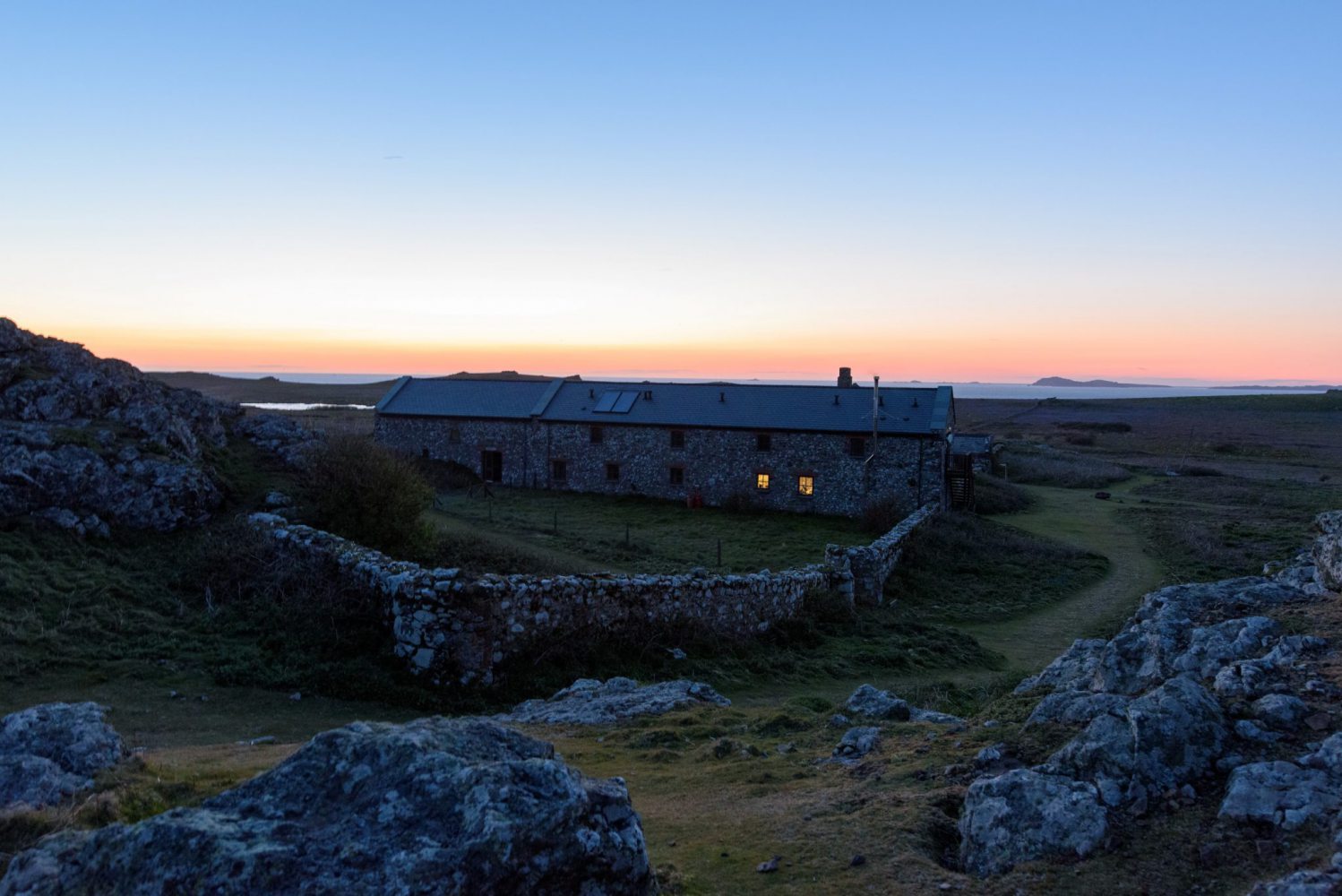 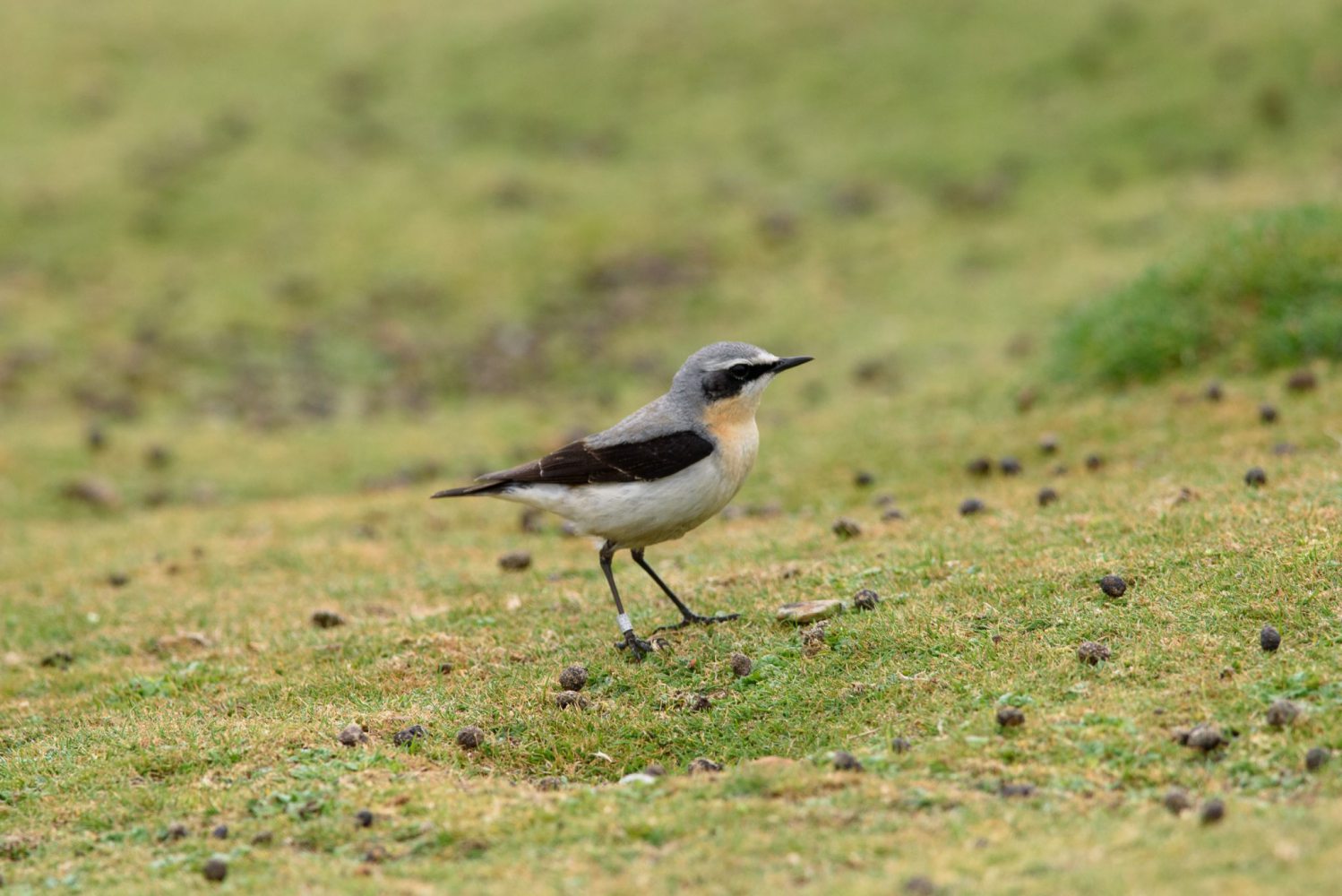 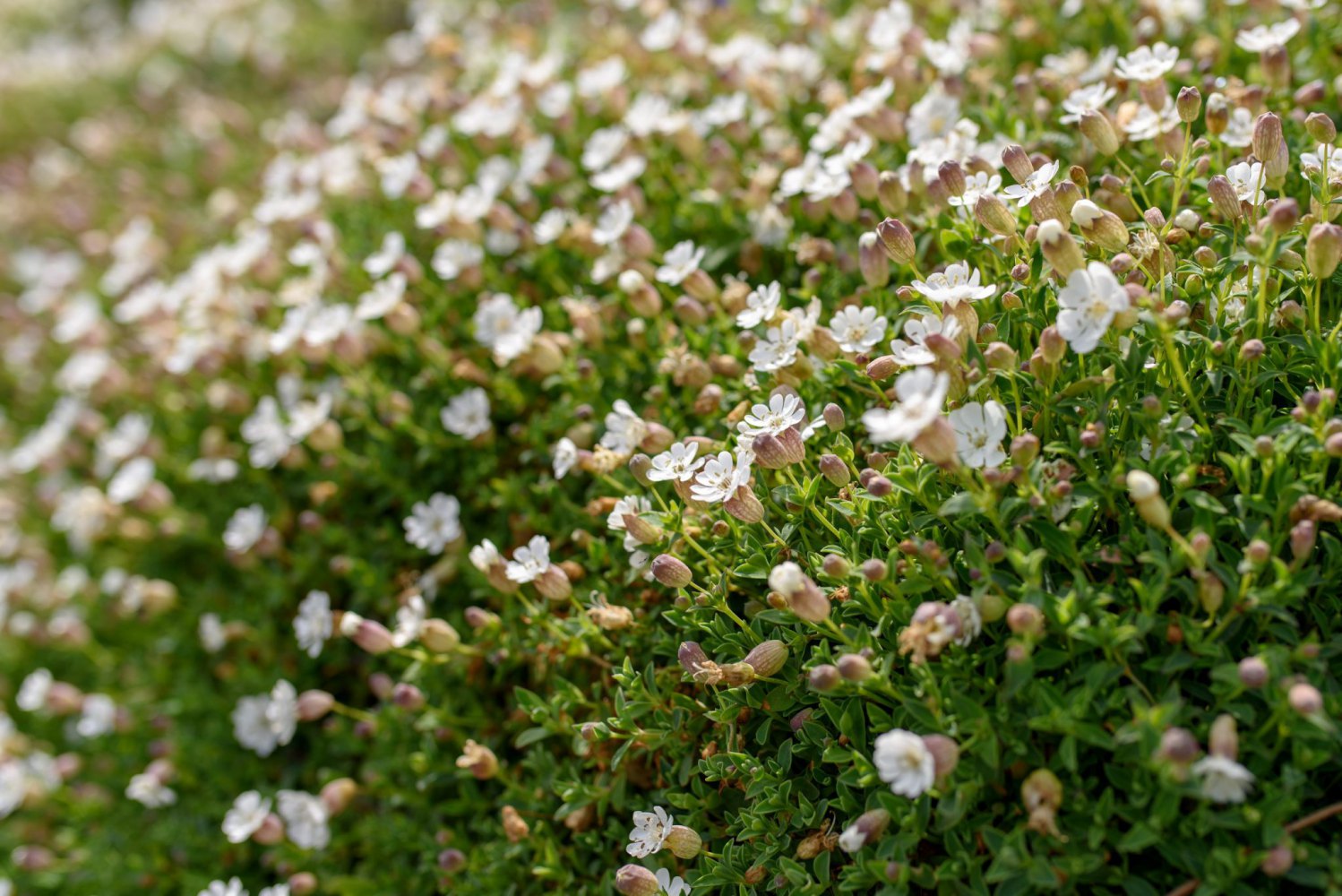 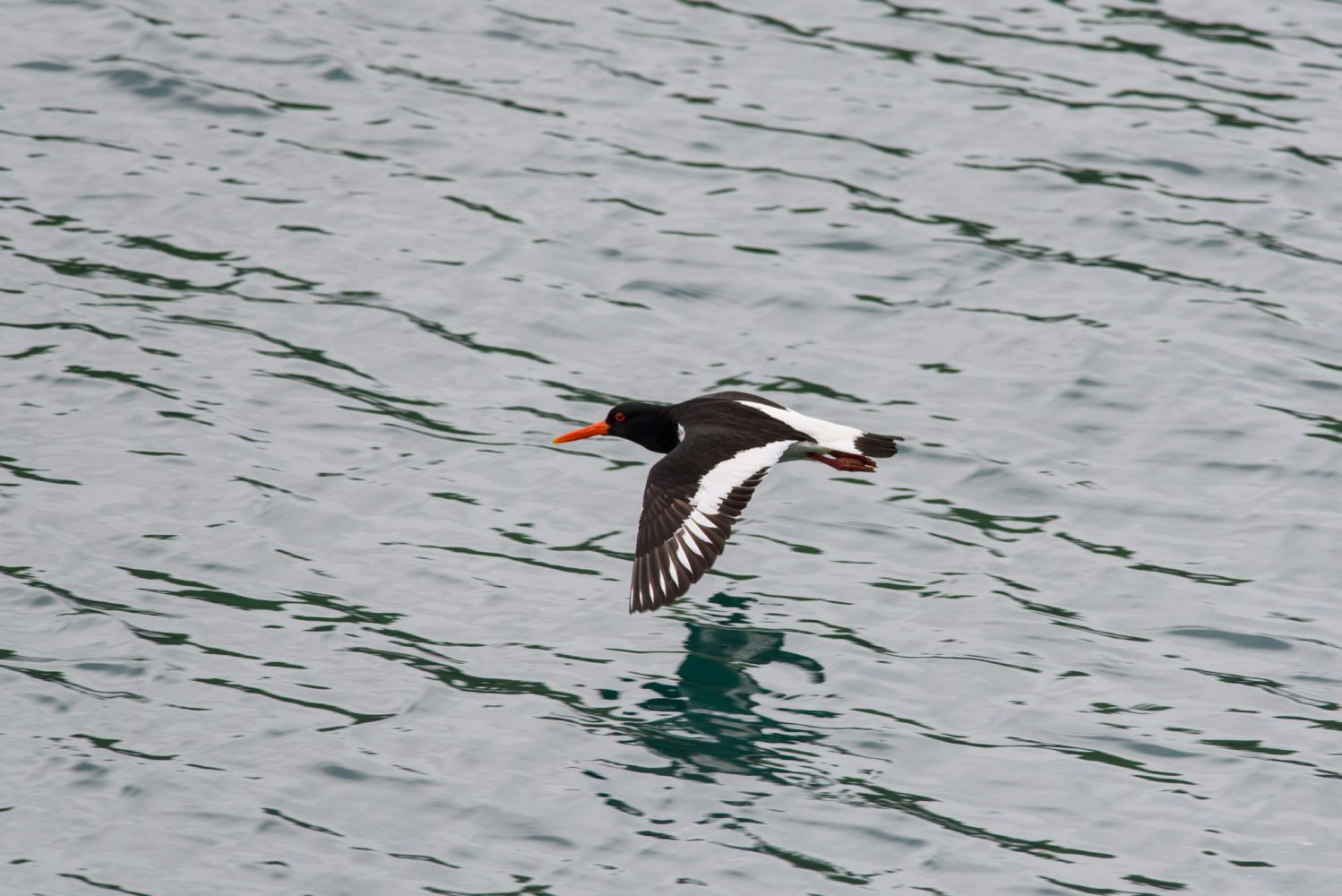 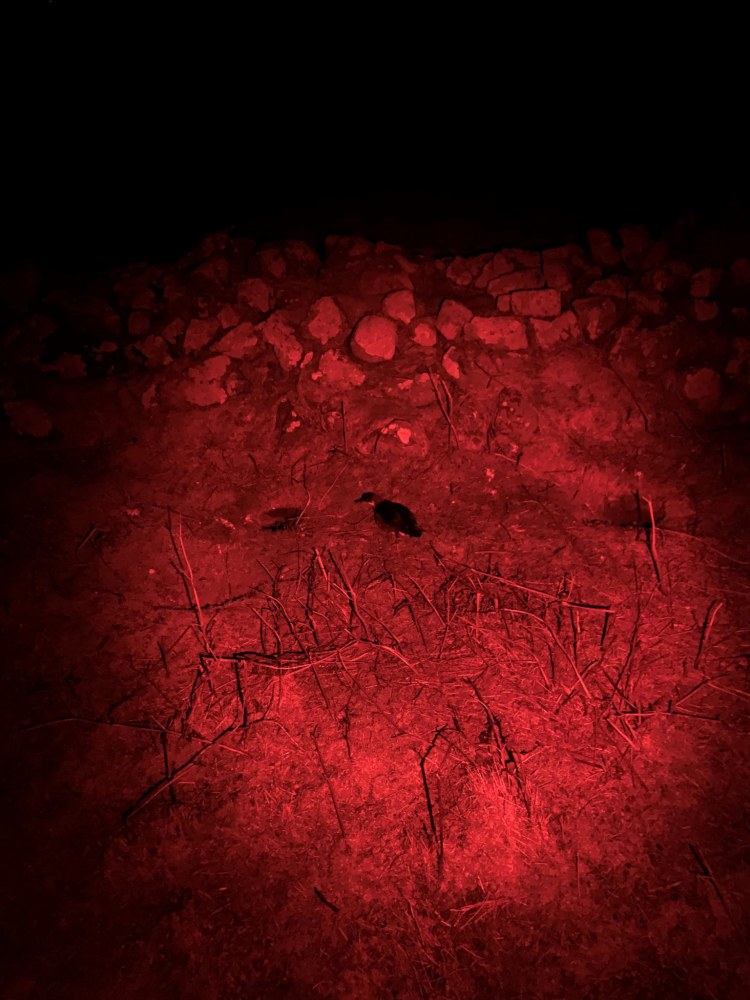 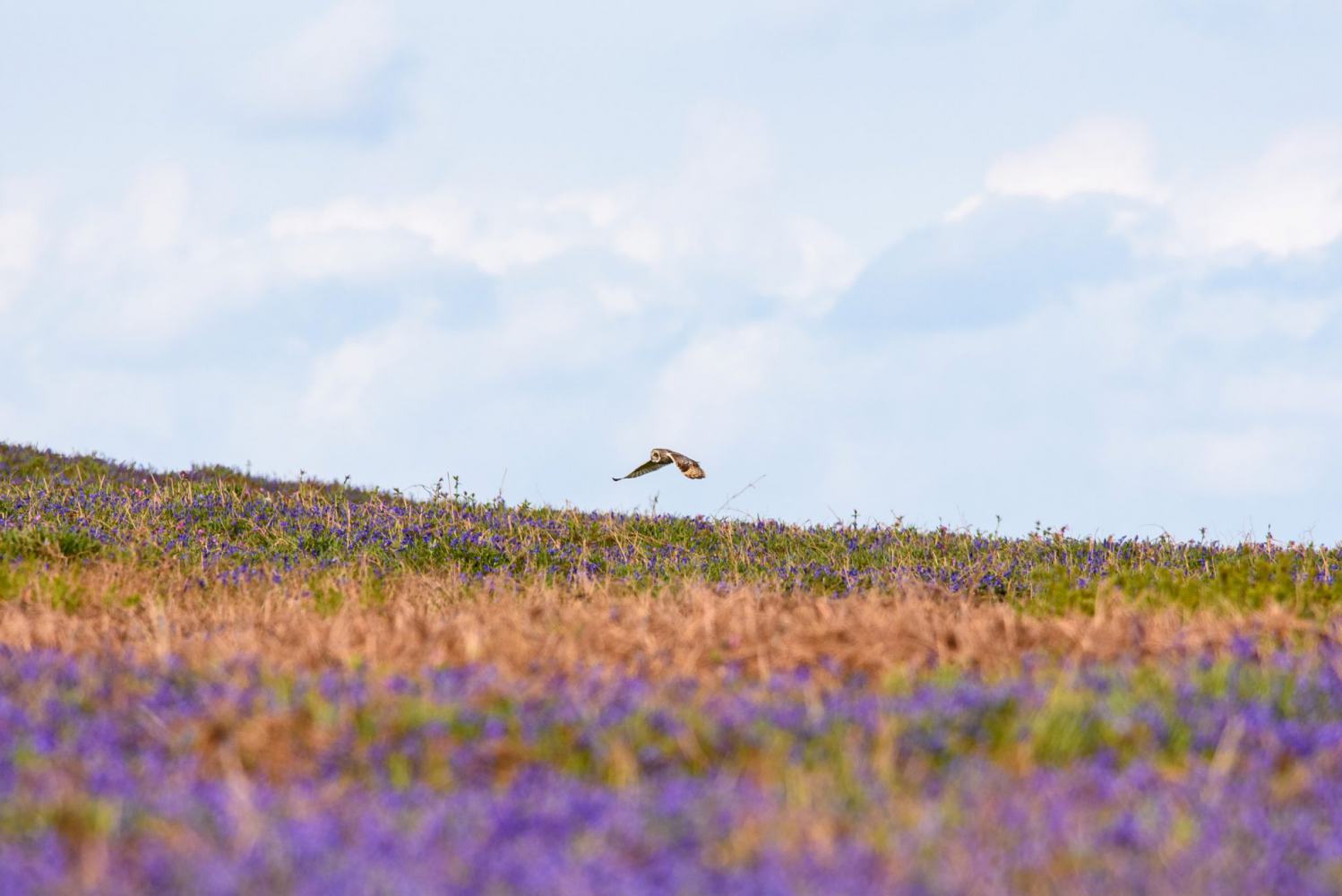 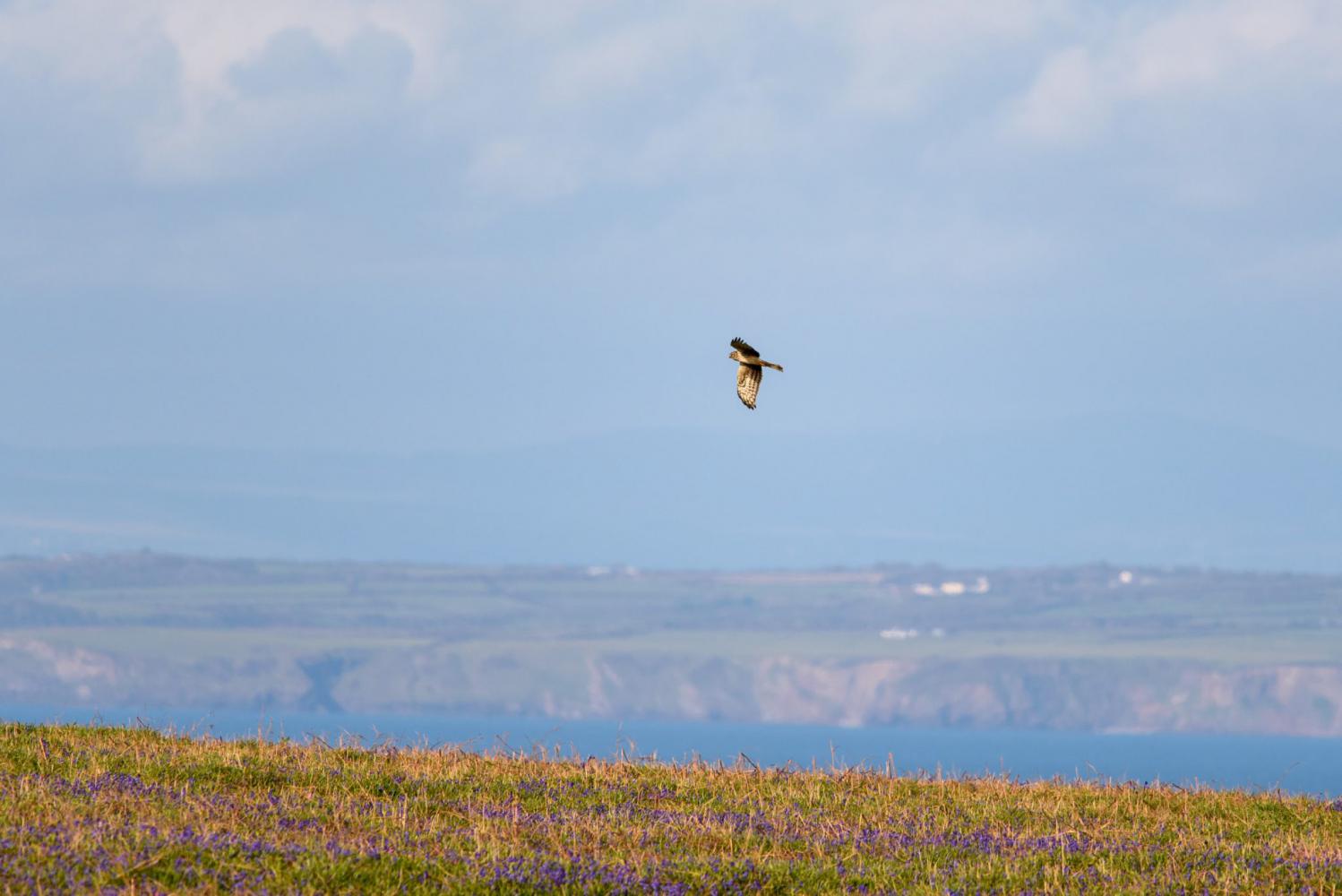 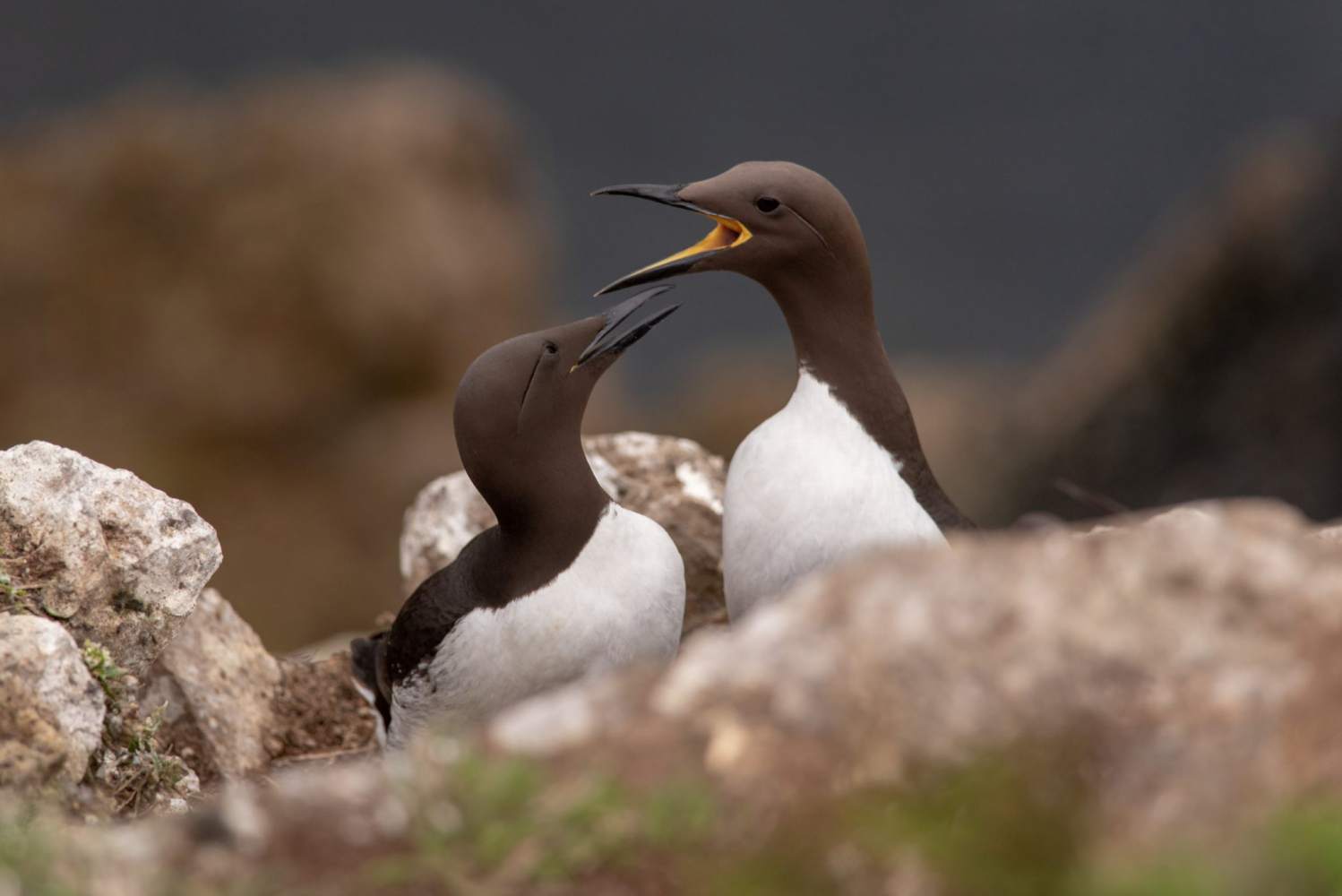 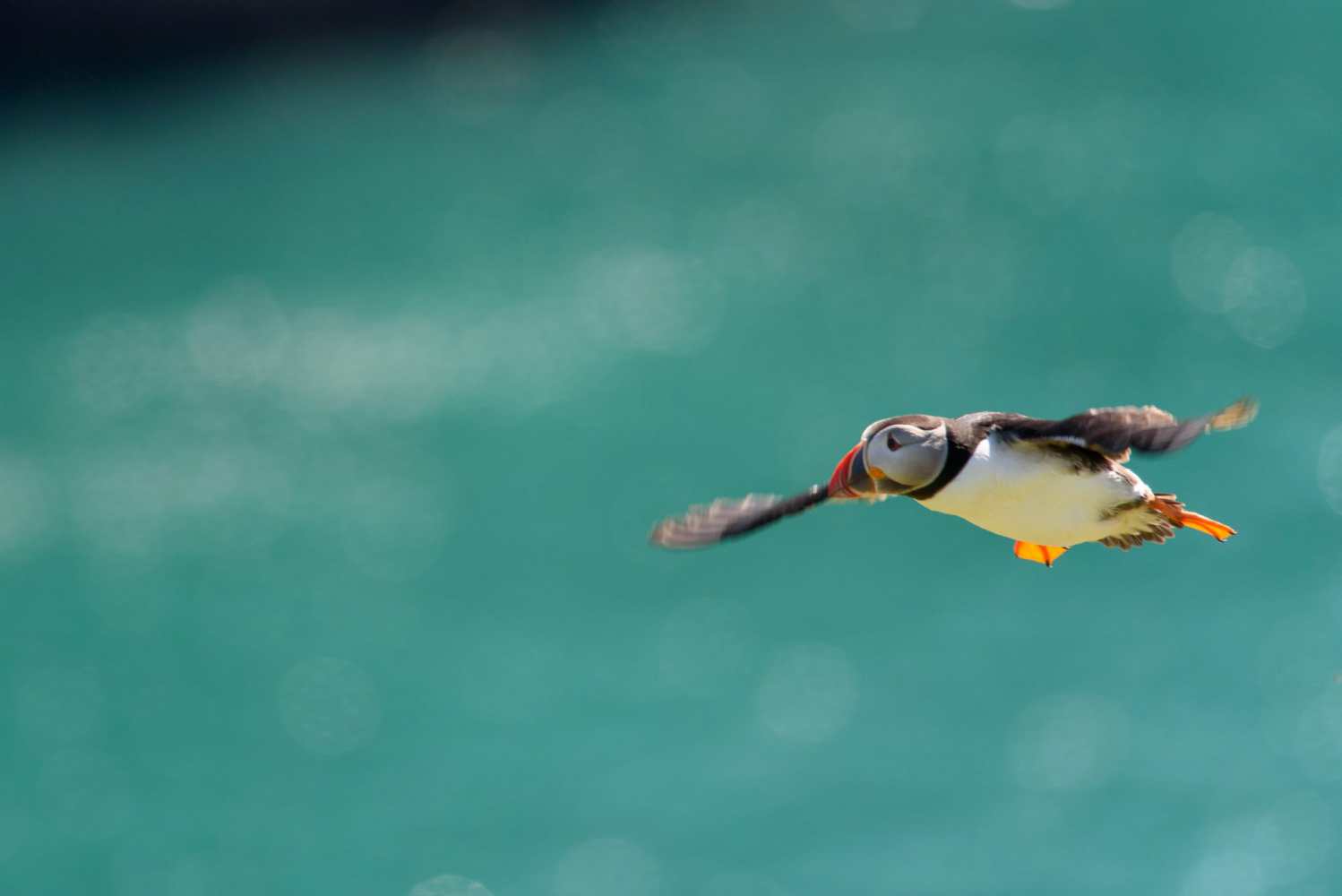 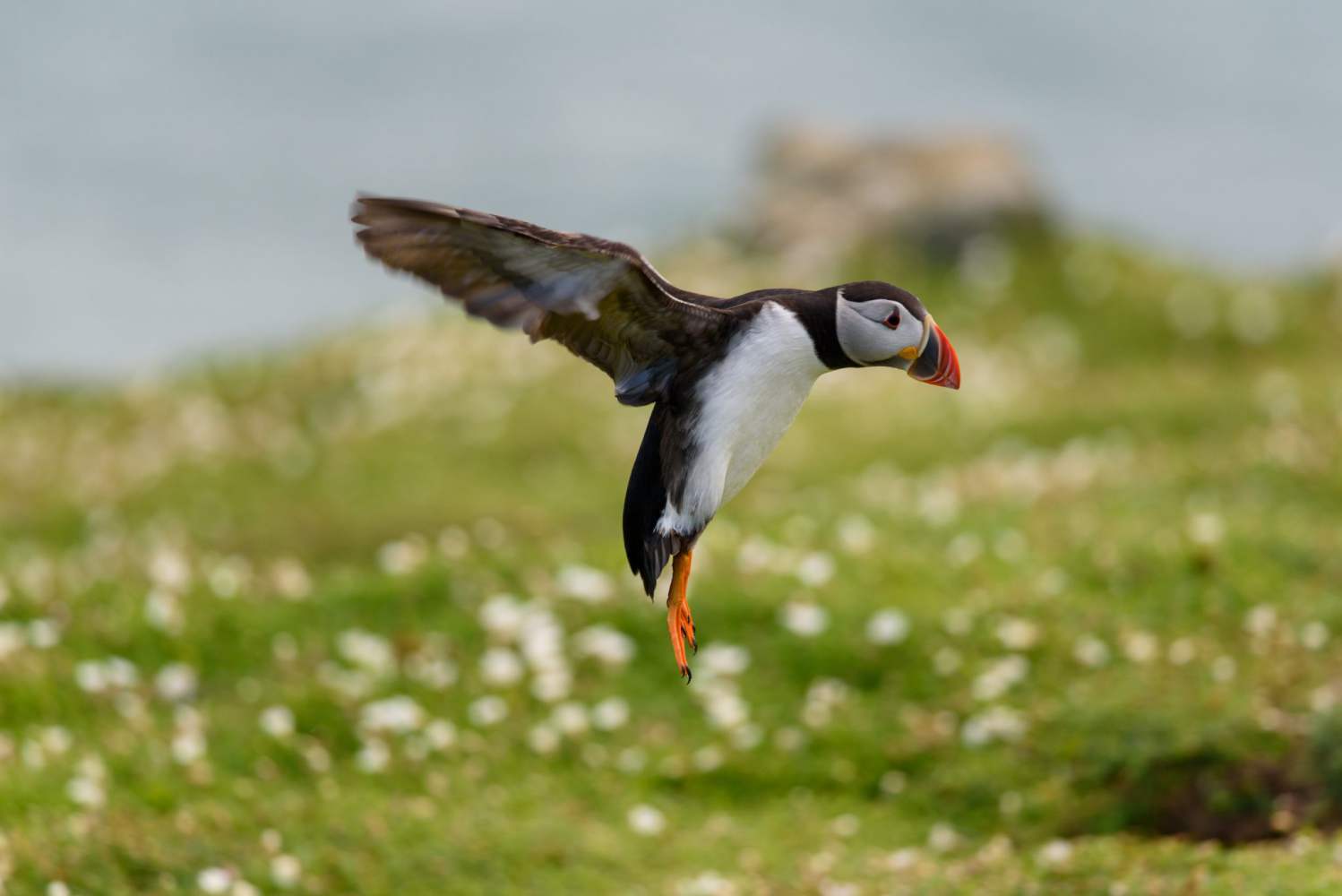 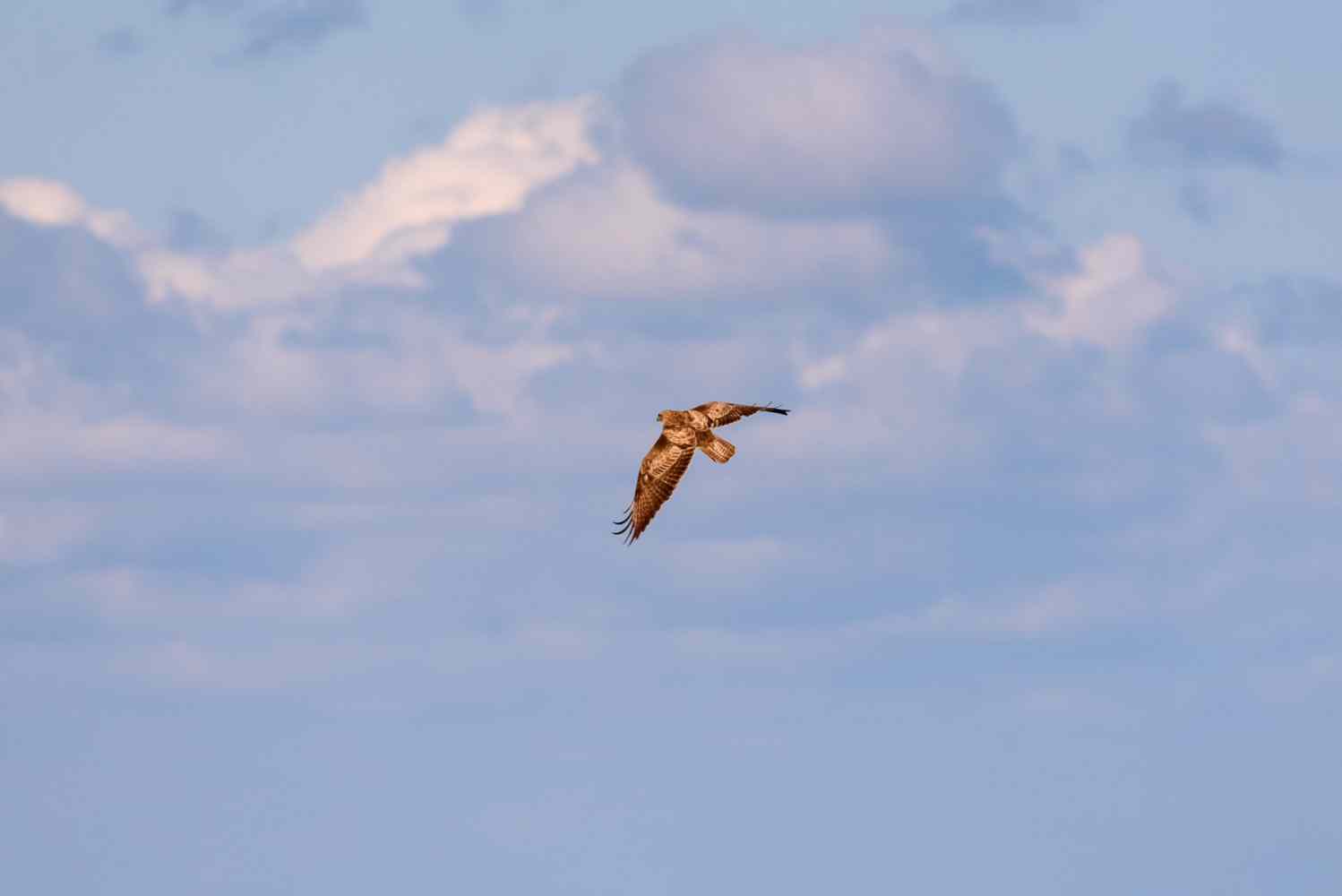 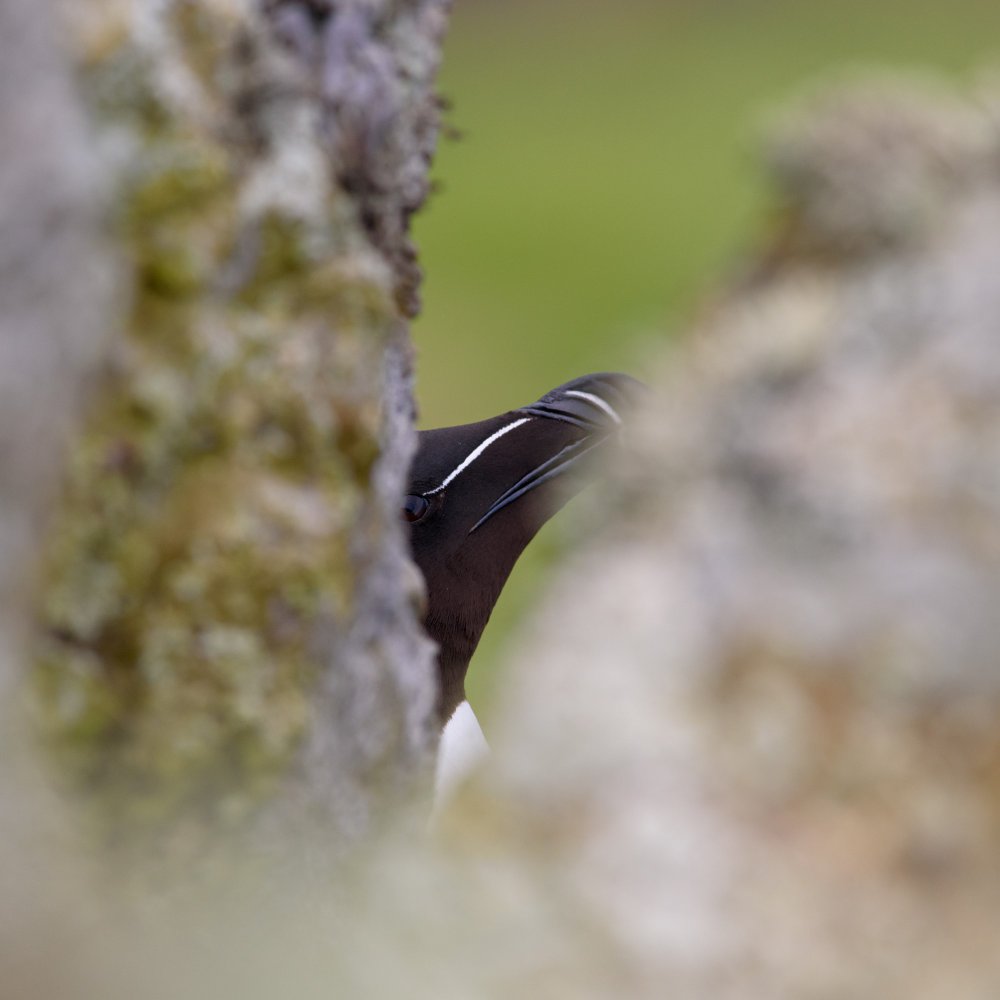 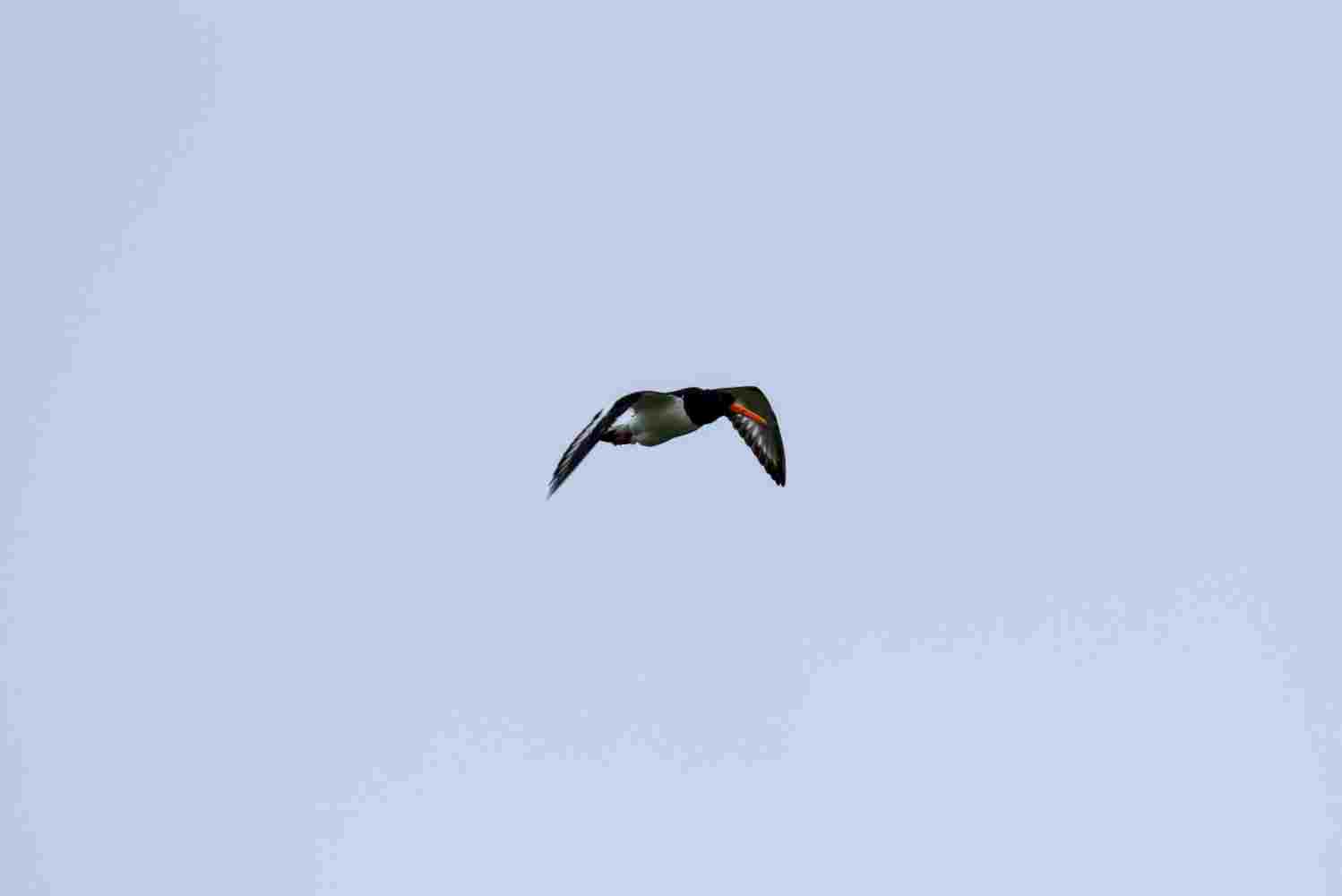 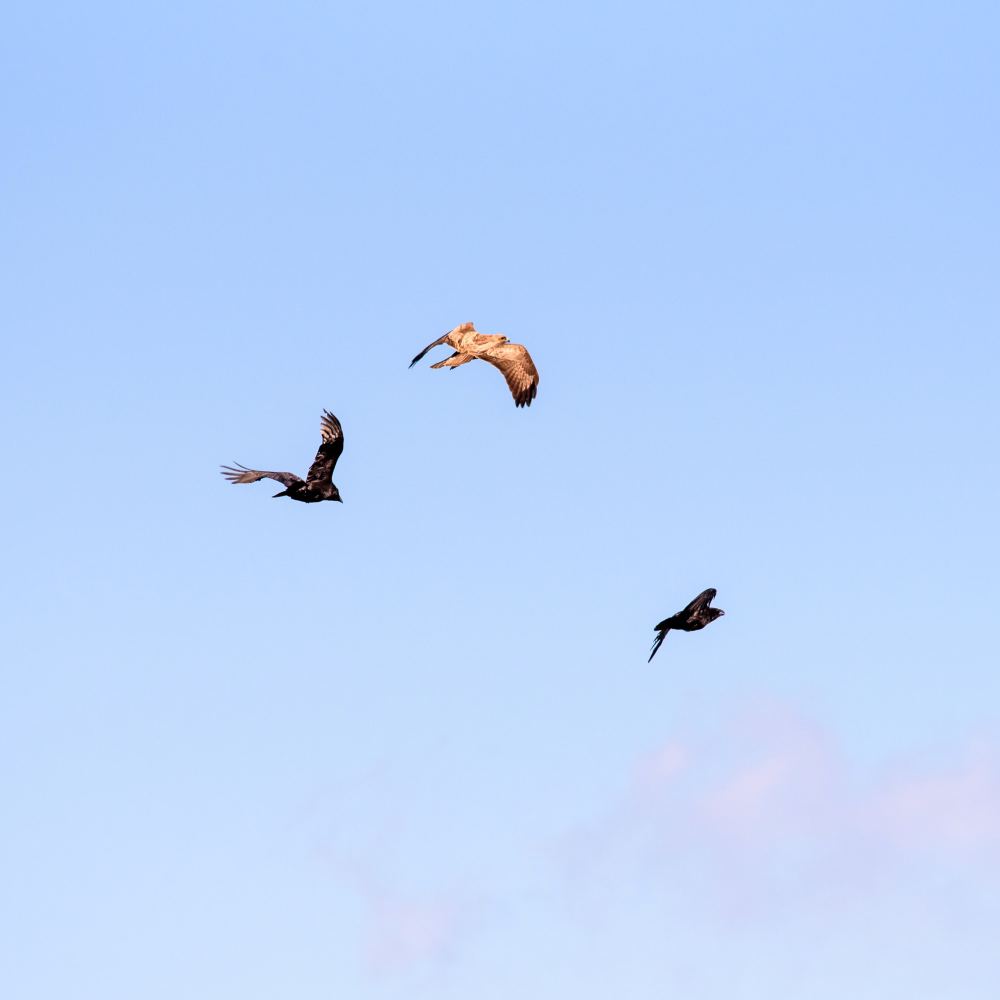 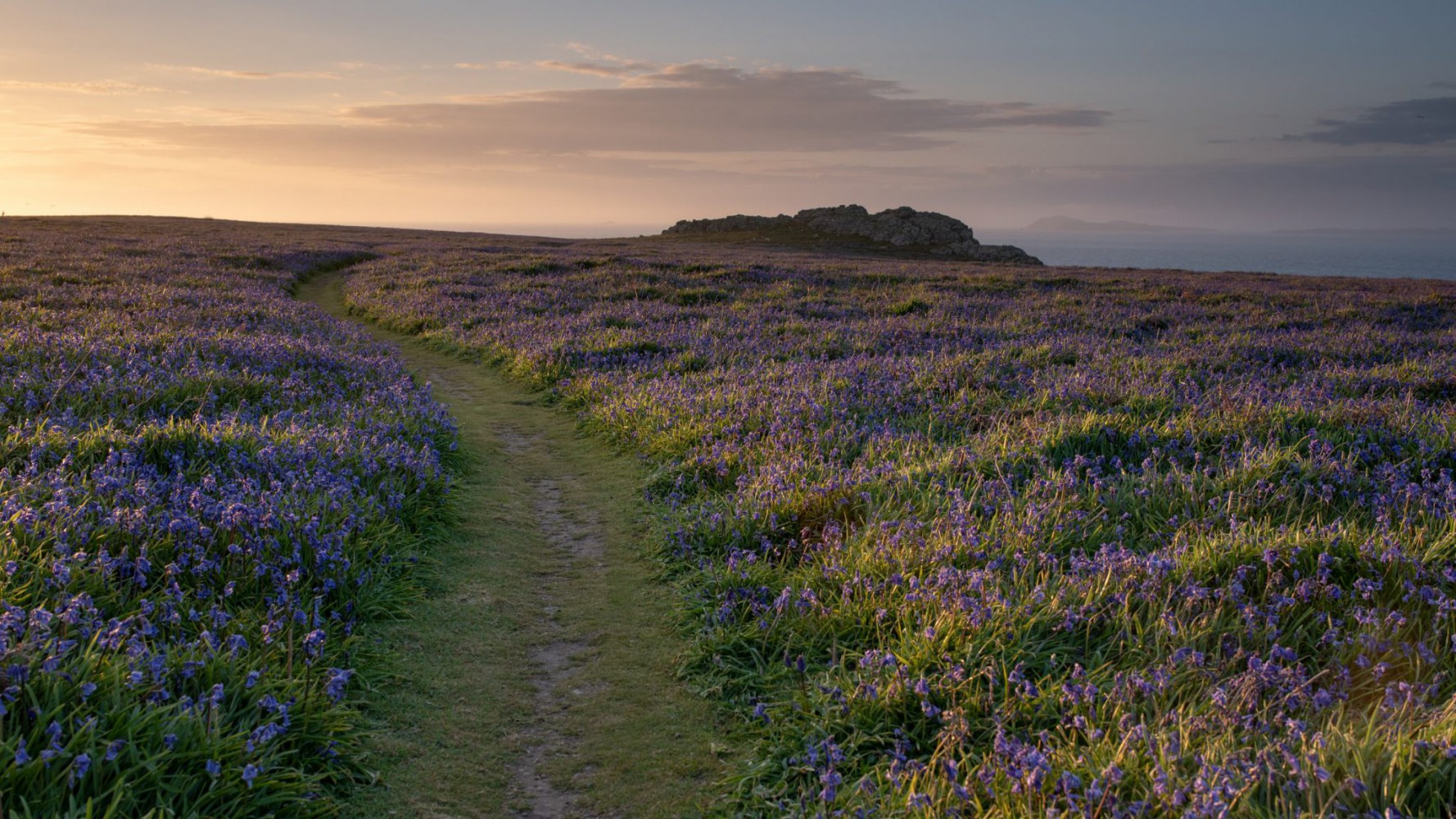 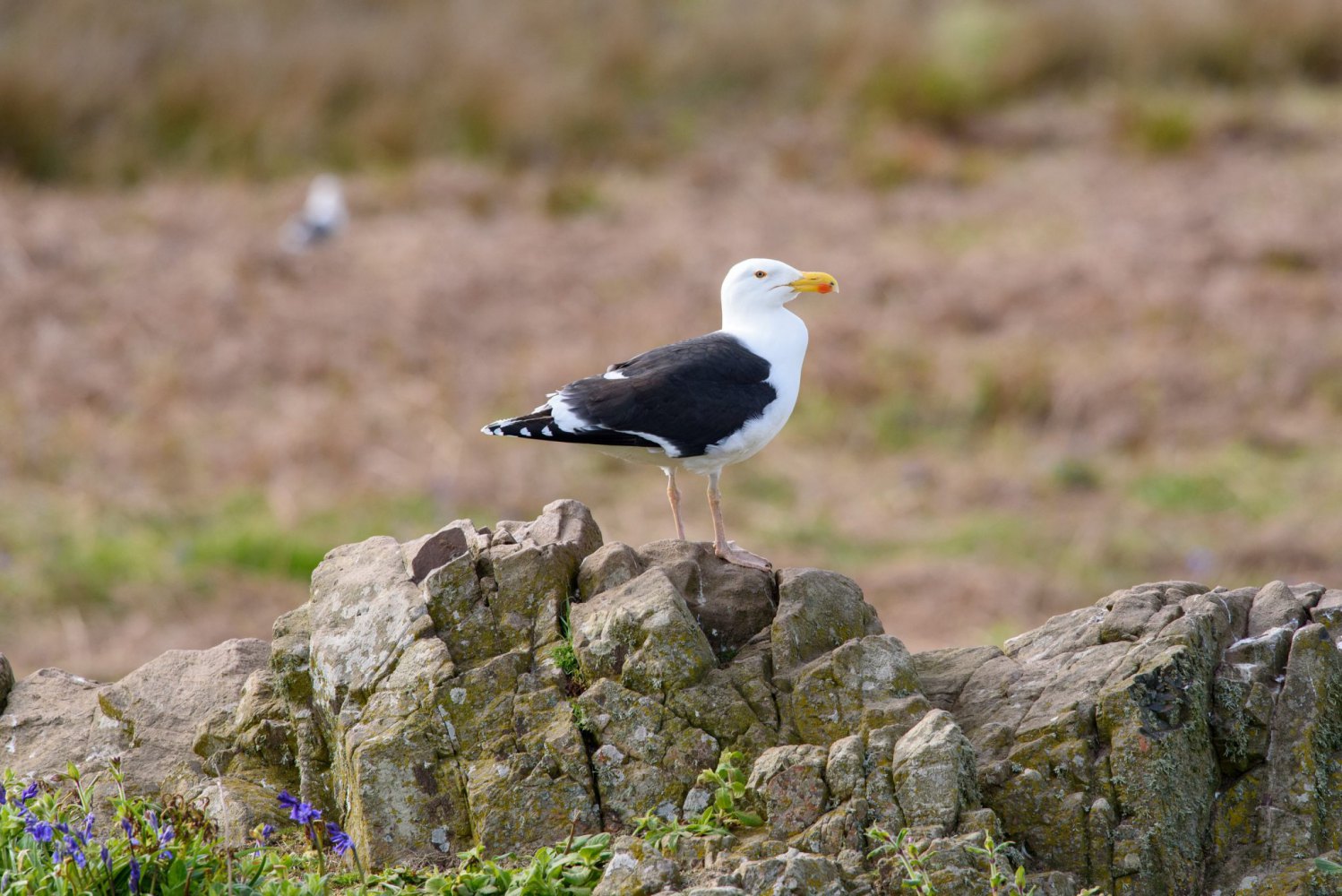 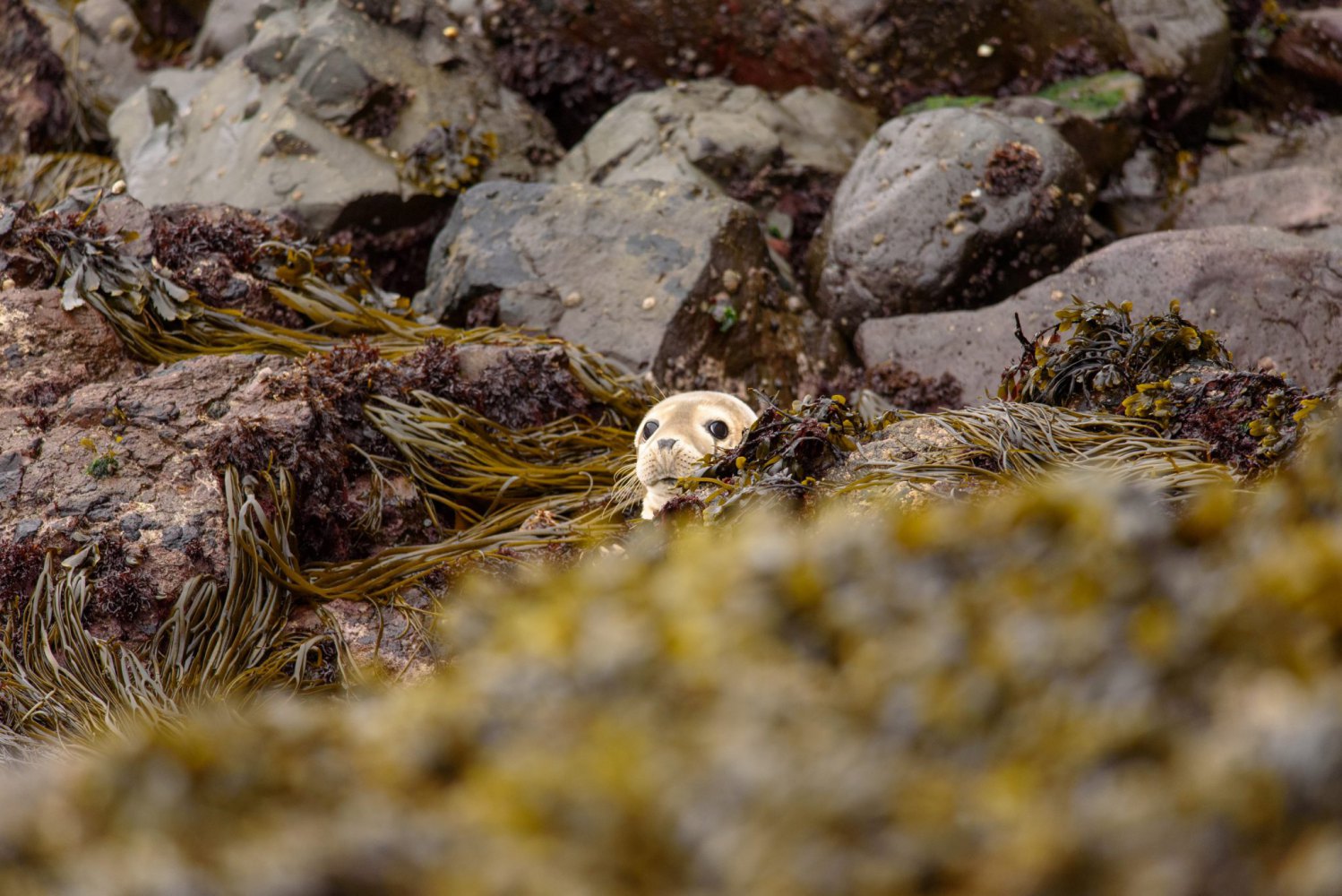 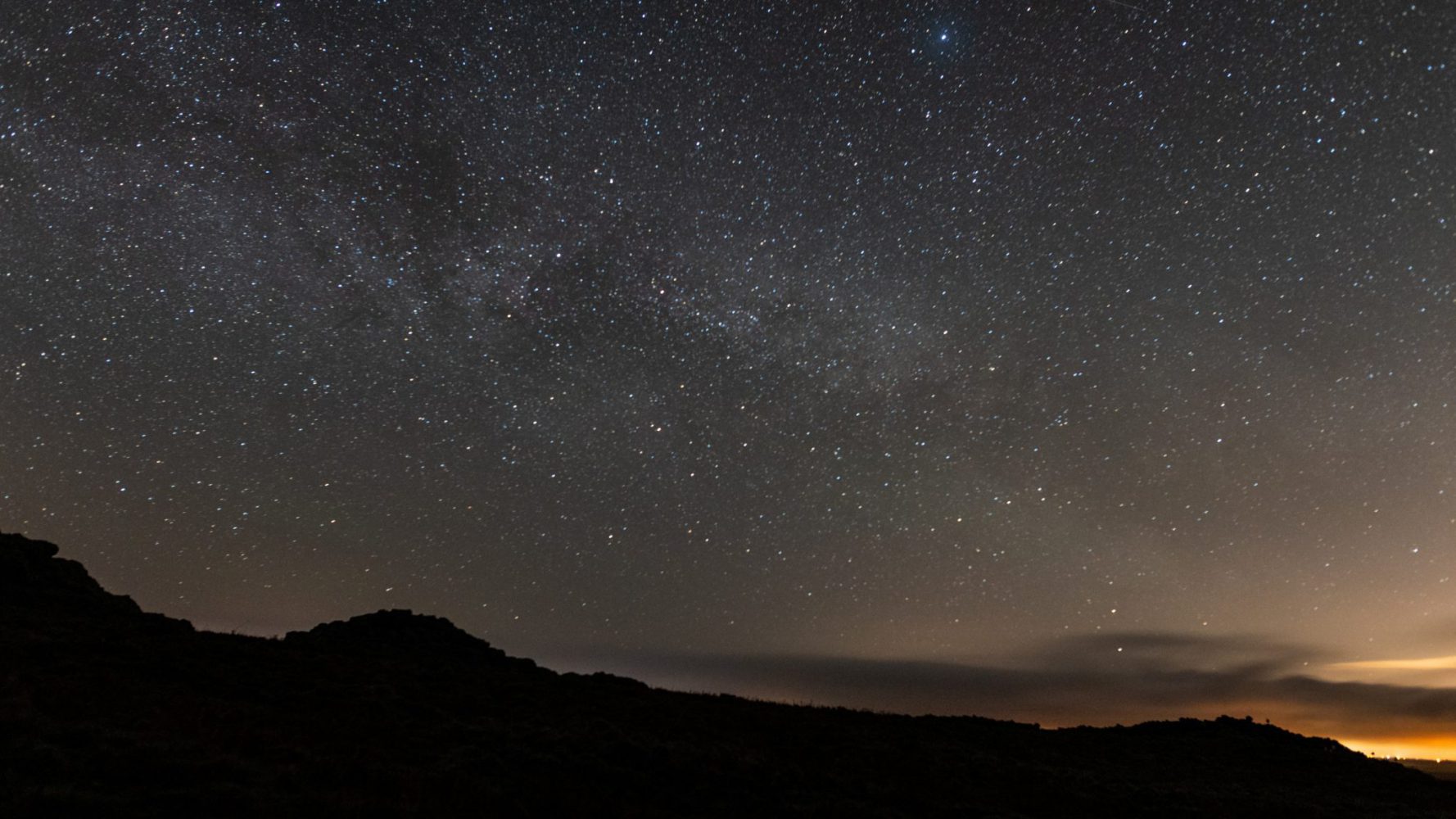 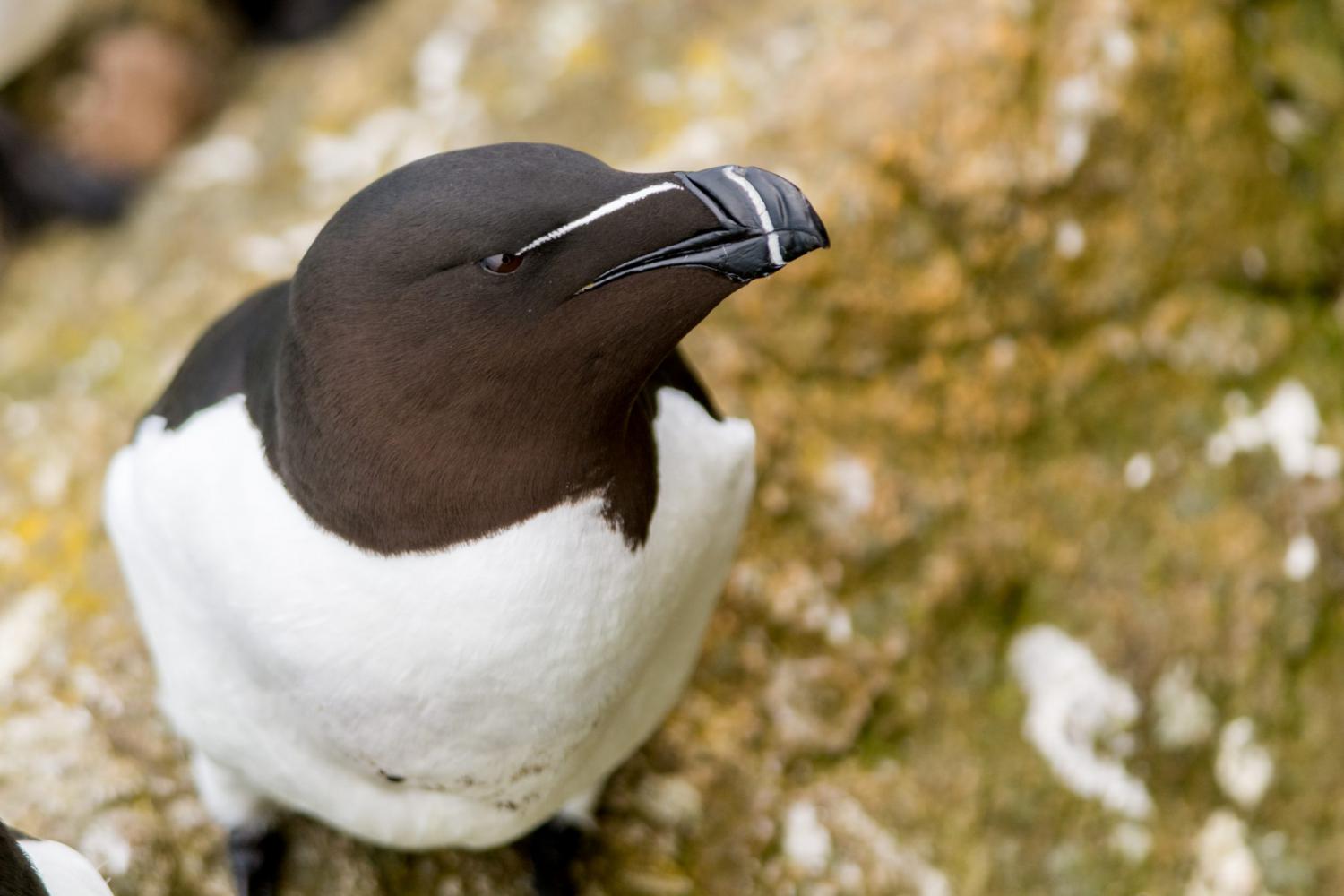 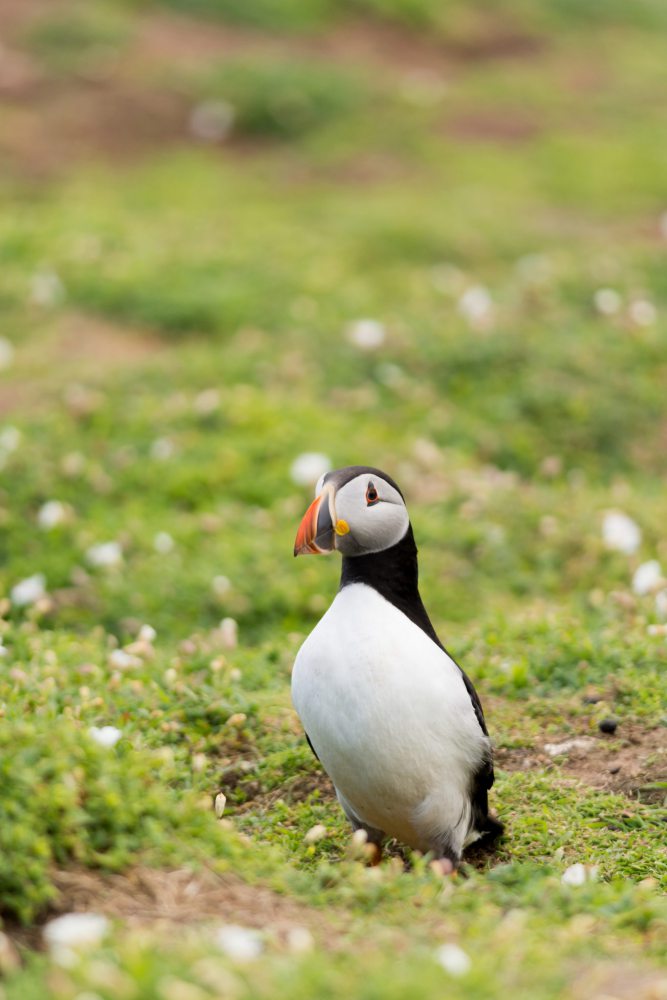 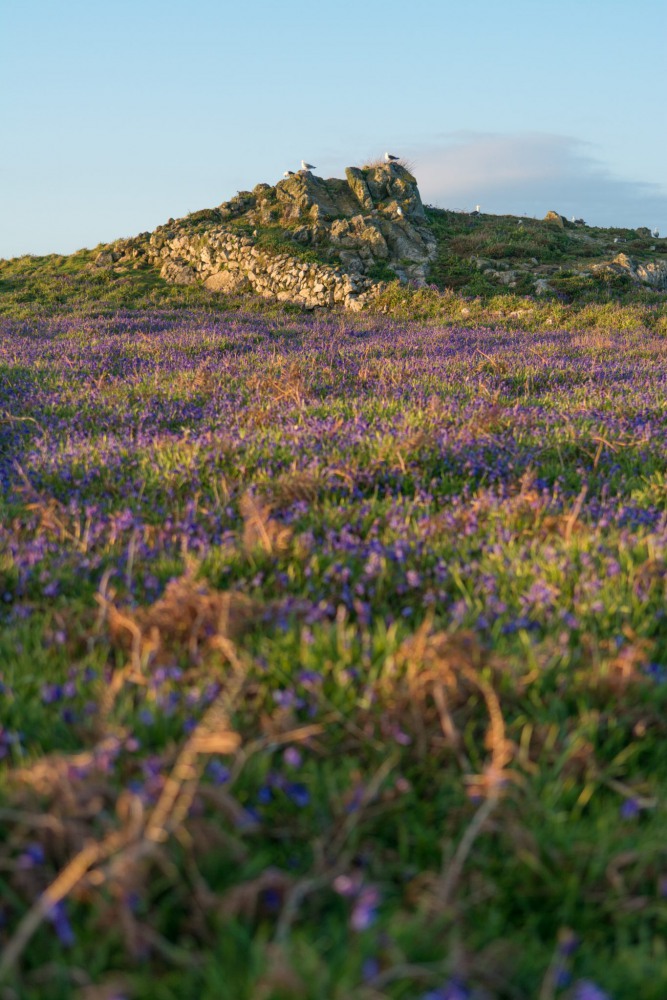 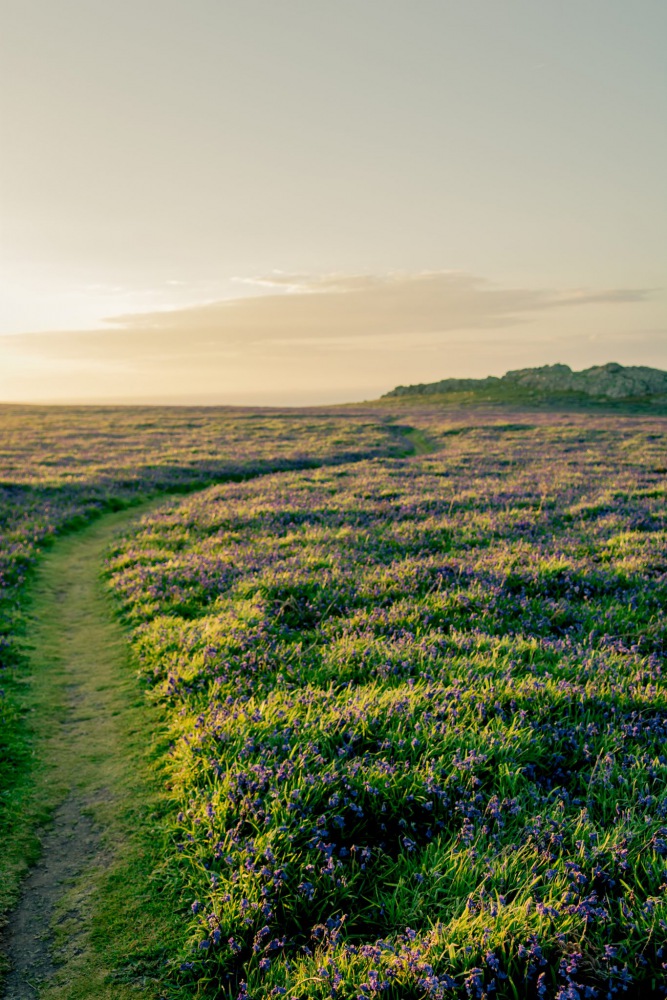 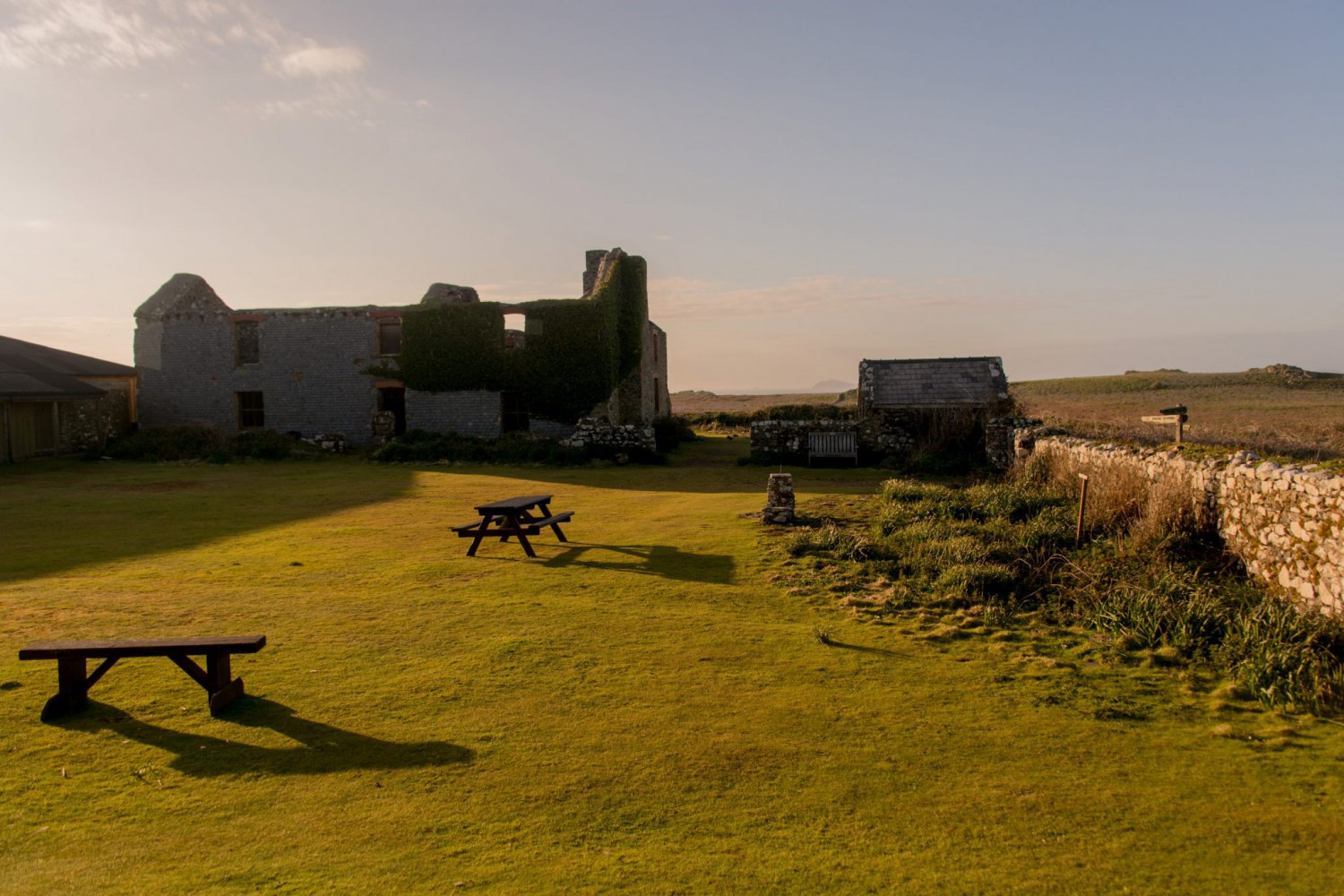 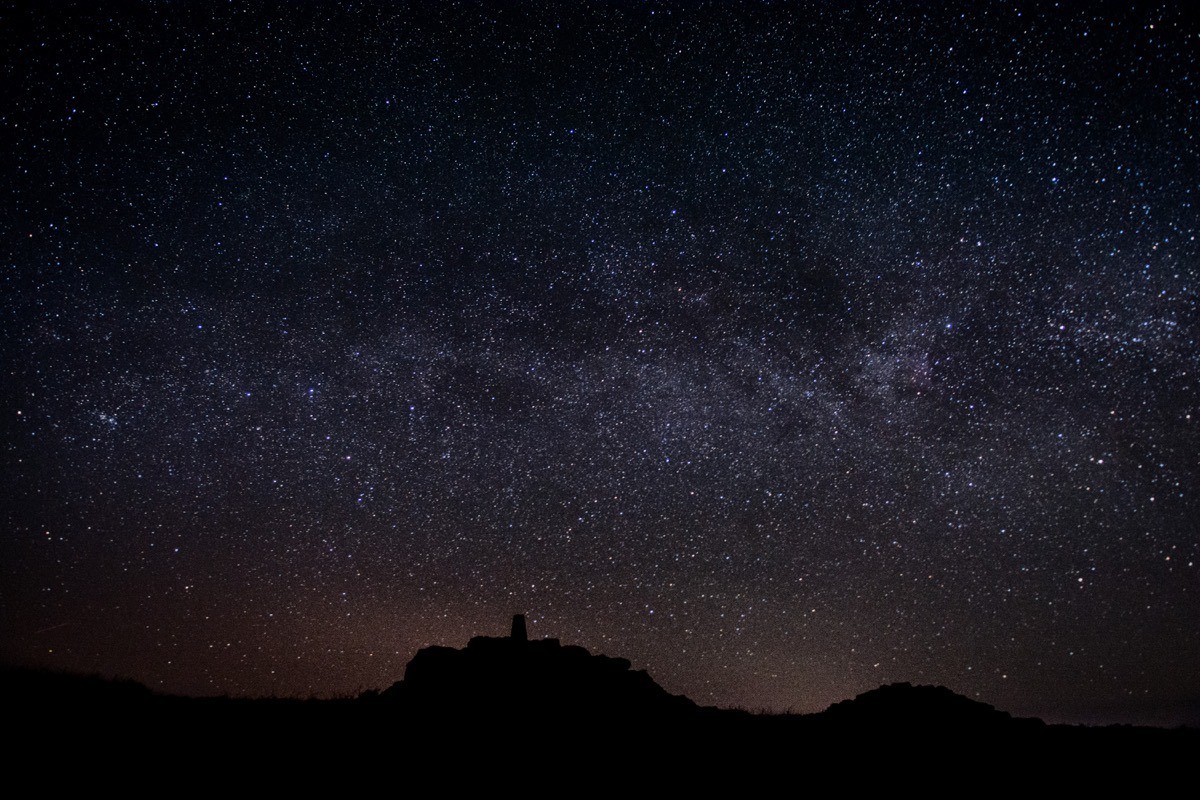