The 2020 Coronavirus Lockdown has forced many photographers to look for new projects to keep them occupied whilst they were not able to get out of the house and visit their normal haunts. We occupied ourselves by chasing insects around the garden learning Macro photography, and challenging each other to see who could take the best Insect shot during a one hour period. Lessons were learnt, one of which was that insects are sluggish in the early morning and lightning quick once the sun is up. Missing focus is also incredibly easy! Like the rest of the country we also managed to get a number of outstanding tasks about the house complete, one of which was reinstalling a bird box onto the back of the house. 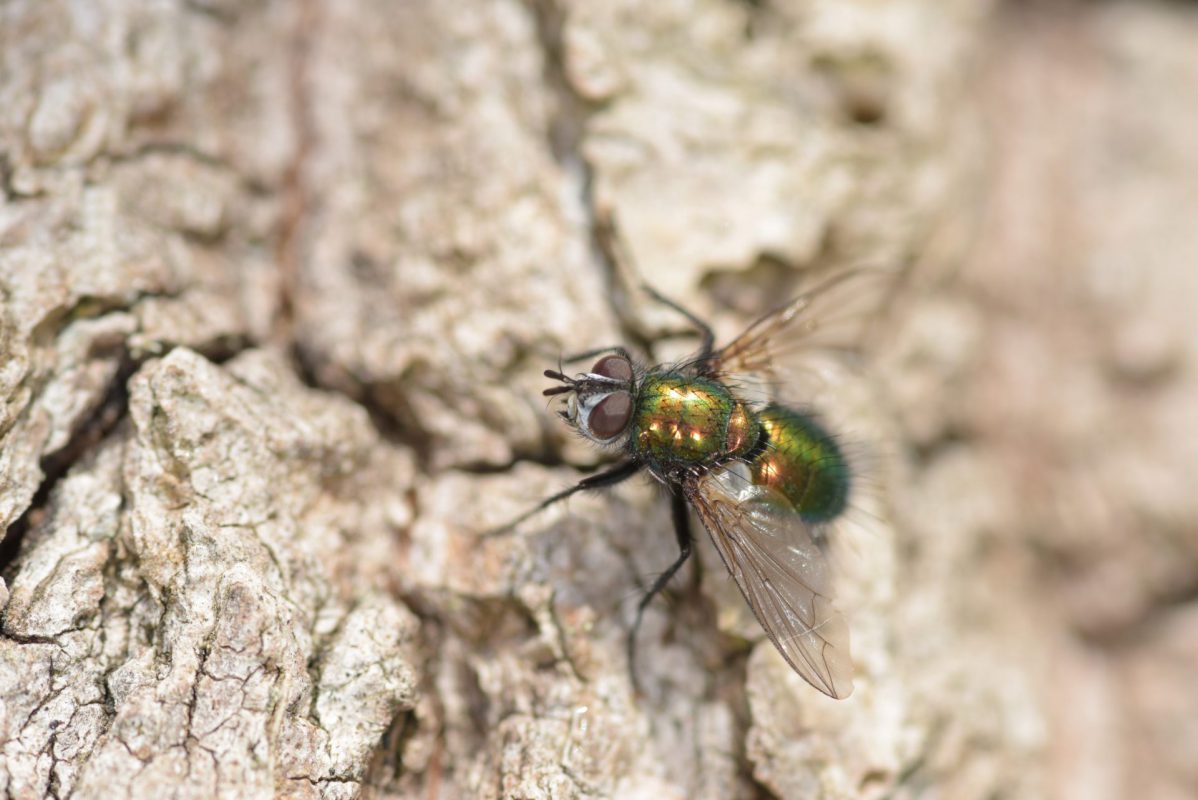 In all honesty, I thought the bird box had been rehung a little too late in the year for any bird to be interested. To our surprise a female Blue Tits began to investigate the box a couple of hours after it had been hung. I have since learnt that during the early moments of spring, female Blue Tits will investigate multiple areas for potential nets sites, and have be known to abandon one at a moments notice to relocate to a more advantageous one. This is what I expect what happened with our boxand the female immediately began cleaning the box out and relining it with some of the sheeps wool we had hung around the garden. It turns out that Males play no part in building the nest. Unfortunately, we didn’t see any activity at the box site for a number of weeks and we suspected they had moved on, but in a moment of lockdown excitement we watched as the Tits flitted too and fro from the trees to the box. Nesting was underway. We made a conscious decision to use our time at home to try and photograph their movements during the nesting period, something we would have surely missed if we had been working in London during the week.

Blue tits typically nest in tree holes and nest boxes from March to June, laying somewhere between 5-12 red flecked white eggs which hatch after 14 days incubation by the female. The female plucks feathers from her abdomen to create a bare patch with a good supply of blood vessels, called a brood patch, which helps her to keep the eggs warm as she incubates them. She starts incubating the clutch a day before it is complete and will sit on the eggs for about two weeks until they are ready to hatch. During this time, if she made a good choice of mate, the male will bring her some food, but she will still need to leave the box regularly during the day to feed. The young fledge at 18 days old, during their time within the nest they each can eat up to 100 caterpillars a day (good for the cabbages); once they have left they nest they are fully independent after 4 weeks. When the fledglings are ready to leave the nests, the parents will sit on a nearby perch and call them from the nest, whereby the fledglings will poke the head out and take a tumble.

Working from home had an unexpected advantage as we knew they had started to leave the nest when my partner heard a faint thud by our backdoor. Lo and behold, a fledgling had left the nest and was found on the patio! Taking advantage of an extended lockdown tea break, we spent the morning observing and photographing the fledglings and their parents hop about the garden, feeding their young and encouraging them to leave the box. By the end of the day, the nest was empty. 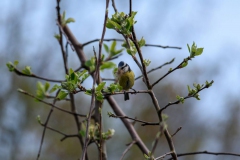 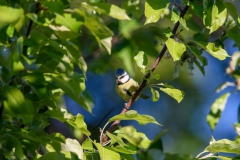 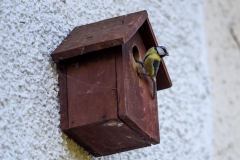 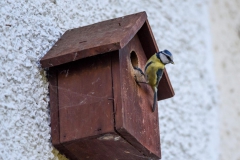 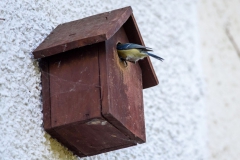 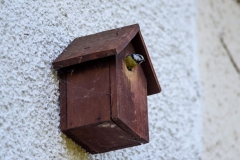 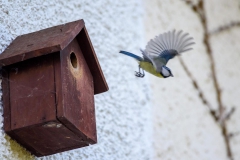 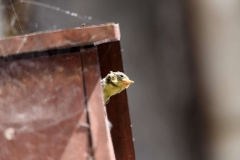 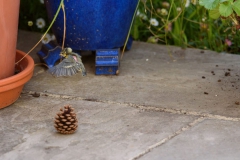 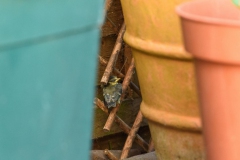 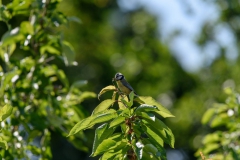 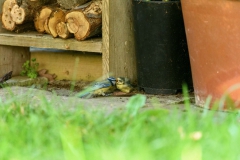 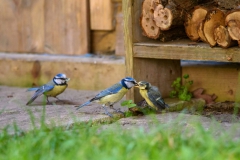